The archive of passion

Nederlands
<
Back to overview
>
Listen to the audio tour 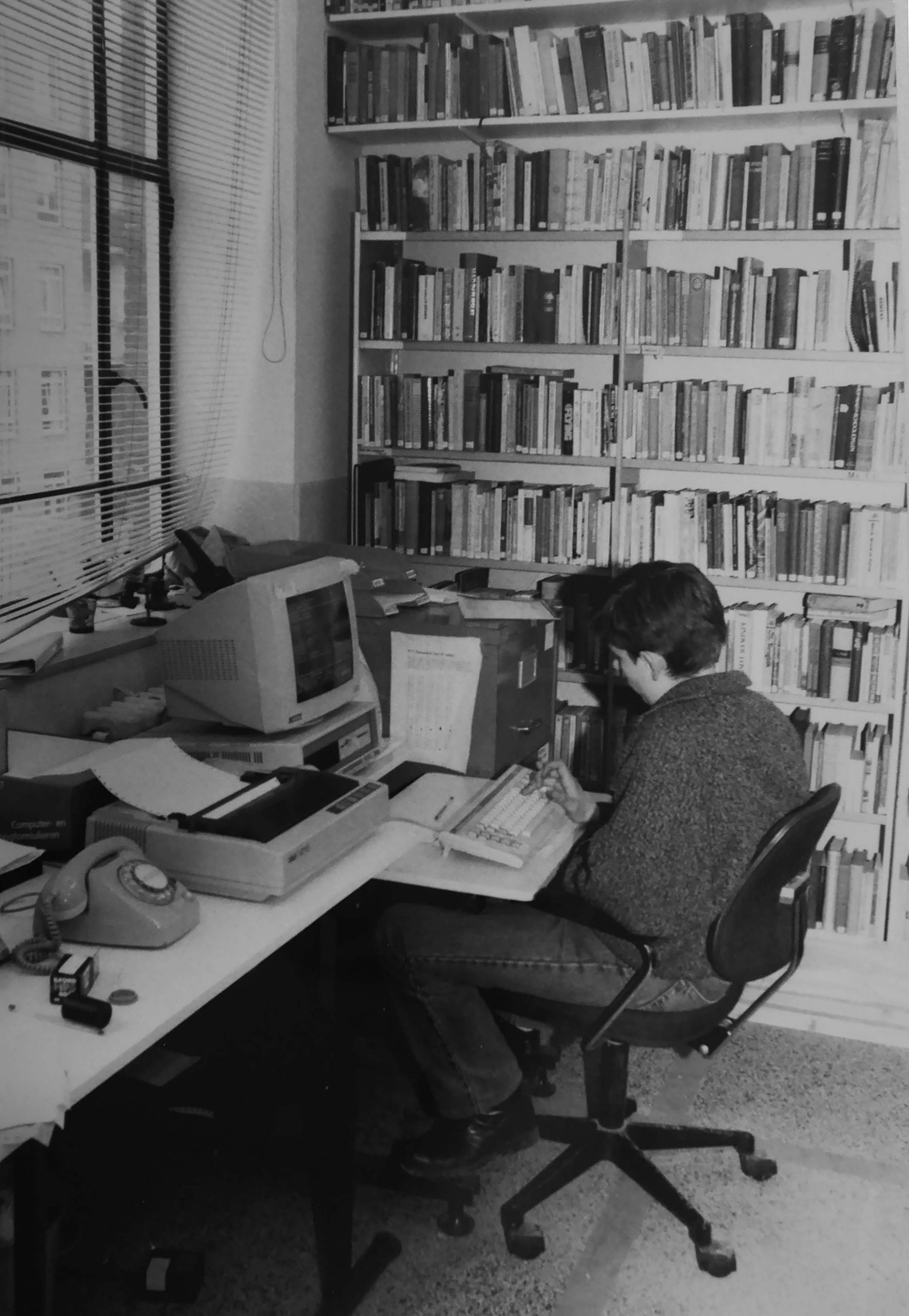 The lesbian archives started out with a remarkably broad collection policy, which was based on recording and making visible the Lesbian Existence. In the newsletter of the Lesbian Archive Leeuwarden, which was titled Lesbisch Archivaria, it was explained:

“By Lesbian Existence we mean the breaking through into other ways of living and women’s resistance against the imposed male domination. In other words: the existence of lesbians through the centuries, and of women who in one way or another chose each other to be life partners or allies.”

The category of lesbian did not only pertain to sexual orientation but also to any resistance women put up against the heteropatriarchy (=the system in which men and straight people are dominant). Using this broad interpretation, the archives were able to claim as much interesting history as possible, thereby showing that lesbian women had not recently been invented, but had been around for a long time.

This broad interpretation was accompanied by a similarly broad material collection policy. Maaike Meijer wrote: “What does the lesbian archive collect? The answer will make any straight librarian shudder: everything.”

Personal material […] is very welcome. Buttons, stencils, t-shirts and sweaters with prints, posters, photographs, films and video, the archive appreciates almost everything. As long as it has something to do with lesbian life. Els Prinse, staff member of the archive, does not remember the archive ever refusing a donation: ‘Several years ago we had a bar project. Among other things, we were given a barstool from Harmonia and a tile from ‘t Mandje. Saarein bought a new waste bin for use in the toilet around that time. They offered us the old bin, which had held famous lesbian ladies’ sanitary napkins and tampons. It was, I think, a joke, because we never received it.’

This broad collection policy created a lot of overlap with women’s archives. Both the Lesbian Archive Amsterdam and the International Archives for the Women’s Movement (IAV) collected a lot of women’s history. Because the IAV already collected books, their archivist, Mineke Bosch, recommended that the lesbian archive focus on unpublished materials from consciously lesbian women living in the period from 1920 to 1970. Initially, the archive rejected this idea, but eventually they did start focusing solely on their own lesbian movement.

Within the lesbian archives as well, many conversations and discussions took place concerning what did and did not belong in the collection. Staff members wondered whether everything written by lesbian authors should be included, even if the subject of the work was not lesbian. The Lesbian Archive Utrecht felt that materials about “typically straight” subjects could also say a lot about their authors. Amsterdam, on the other hand, preferred explicitly lesbian works.

Because of the lively lesbian feminist movement, the lesbian archives quickly overflowed with materials, and the Lesbian Archive Amsterdam had to begin a process of demarcation. In a newsletter from 1984 it was stated:

Ons nieuwe criterium is dat van de hartstocht. Dat is Our new criterium is that of passion. That is less broad than the lesbian continuum, and broader than the demand of ‘they gotta be doin’ ‘it’ with each other’. With this new principle, we hope to provide a clear image of what we are collecting. The Archive of Passion.

In 1987, this was further narrowed, when the archive decided to specialize in audiovisual materials: photographs and videos that were made by themselves and others within the active lesbian movement.

Leeuwarden, however, expanded further. In 1987, the archive moved into a larger property, and renamed itself the Anna Blaman Huis: intercultural information centre for the gay, women’s and girls’ movements. Male staff members, visitors and collections were also welcome from then on.